Michael Emerson is an American actor of stage, film, and television. He is best known for starring as William Hinks on The Practice, Benjamin Linus on Lost, Cayden James on Arrow, Zep Hindle in the first Saw film, and Harold Finch on the CBS series Person of Interest. In 2019, Emerson began starring as Dr. Leland Townsend in the CBS thriller series Evil. He has won two Primetime Emmy Awards. Born on September 7, 1954 in Cedar Rapids, Iowa, to parents Carol and Ronald H. Emerson, he is of German, Irish, and English descent on his father’s side, and of Norwegian and Czech descent on his mother’s side. In 1976, Emerson graduated from Drake University in Des Moines, Iowa, where he majored in Theater and minored in Art. He married Carrie Preston in September 1998. 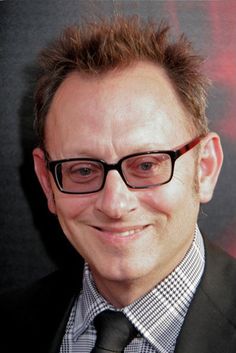 Michael Emerson Facts:
*He was born on September 7, 1954 in Cedar Rapids, Iowa, USA.
*He earned a degree in Theater Arts from Drake University.
*He worked as a freelance illustrator for publications like The Boston Globe and The New York Times before his acting career started.
*He won an “Outstanding Guest Actor” Emmy in 2001 for his work on The Practice.
*He is close friends with Terry O’Quinn.
*Visit his official website: www.michaelemerson.tv
*Follow him on Twitter, Facebook and Instagram.