Michael Savage is a conservative radio host and commentator, best known as the host of The Savage Nation, a nationally syndicated talk show. As an author, he has written several books on herbal medicine. Born Michael Alan Weiner on March 31, 1942 in Bronx, New York, to parents Benjamin and Rae Weiner, he is of Russian-Jewish heritage. He graduated from Jamaica High School in 1958. He earned his master’s degrees from the University of Hawaii in medical botany and medical anthropology, and a Ph.D. in nutrition ethnomedicine from U.C. Berkeley. In 1967, he married Janet Weiner with whom he has two children: son Russell, and daughter Rebecca. He was previously married to Carol Ely from 1964 to 1967. 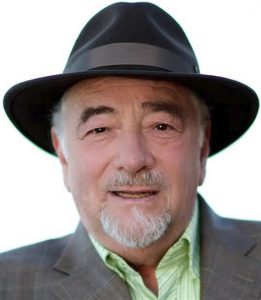 Michael Savage Facts:
*He was born in Bronx, New York, USA on March 31, 1942.
*His father, Benjamin Weiner, who ran an antiques store, died of a heart attack in 1970 at age 57.
*He is a 1958 graduate of Jamaica High School.
*Former political leftist.
*He was ranked #61 in Bernard Goldberg’s “100 People Who Are Screwing Up America”.
*Playboy published Savage’s interview in their April 2010 edition.
*He was friends with Allen Ginsberg.
*He is close friends with Jerry Doyle.
*He loves Chinese food and fish tacos.
*His son Russell Weiner is the founder and CEO of the company that created the Rock Star energy drink.
*Visit Savage’s official website: www.michaelsavage.com
*Follow Savage on Twitter and Facebook.