Ryan Bader is an American mixed martial artist currently signed with the UFC. He is the current Bellator Light Heavyweight World Champion. He was a winner of The Ultimate Fighter: Team Nogueira vs. Team Mir, the 8th season of Spike TV and UFC’s reality series. Born Ryan DuWayne Bader on June 7, 1983 in Reno, Nevada, USA, to Anita and Mark Bader, he has one sister named Karlea. He attended Robert McQueen High School where he won two state championships. He began his UFC career as a contestant on season 8 of The Ultimate Fighter. In 2010, he married his longtime girlfriend Daisy with whom he has three children. 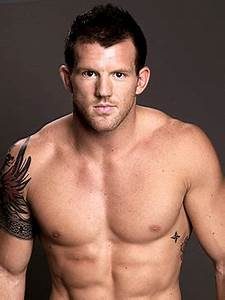 Ryan Bader Facts:
*He was born on June 7, 1983 in Reno, Nevada, USA.
*He has a Black belt in Brazilian Jiu-Jitsu.
*He has competed under Bellator and the UFC.
*Follow him on Twitter, Facebook and Instagram.

Huge shoutout to my people @americanethanol . Last week was a historic week for our Nations #farmers and the ethanol industry. The move to #E15 year round provides us all with the choice to fill our vehicles up with low-cost, high performance fuel year-round, while improving air quality throughout our nation. . American Ethanol has been a long time supporter of me and I couldn’t be happier and energetic to support this cause please follow @americanethanolmma and look for e15 at the pump.