Michael Urie is an American actor, director and producer of film, television and theater. He is best known for his role as the catty Marc St. James on the ABC dramedy television series Ugly Betty. For his role in 2013’s one-man show Buyer & Cellar, he won a Clarence Derwent Award. Born Michael Lorenzo Urie in Dallas, Texas, on August 8, 1980, he belongs to Scottish and Italian descent. He has an older sister, Laura. He studied acting at Juilliard School. 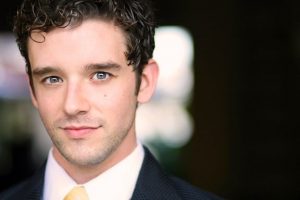 Michael Urie Facts:
*He was Born in Houston, Texas and grew up in Plano, Texas.
*Award-winning theater and television actor.
*He is a big fan of Frankie Valli and The Four Seasons and Neil Diamond.
*Visit his official website: www.michaelurie.net
*Follow him on Twitter and Instagram.