Mitt Romney is an American politician and businessman who who was the 70th Governor of Massachusetts serving from 2 January 2003 to 4 January 2007. He was the Republican Party’s nominee for President of the United States in the 2012 election. He was also the president and CEO of the 2002 Salt Lake City Olympics Games. He used to work as a management consultant for Boston Consulting Group, and served as the CEO of Bain & Company for a salary of one dollar in 1991. Born Willard Mitt Romney on March 12, 1947 in Detroit, Michigan, USA to Lenore and George W. Romney, he belongs to English, Scottish, German, and distant French descent. His siblings are G. Scott, Jane, and Margo. After graduating from Brigham Young University, in 1971, he went to Harvard Business School and Harvard Law School. He has been married to Ann Romney since March 21, 1969. They have five sons: Ben Romney, Craig Romney, Josh Romney, Matt Romney and Tagg Romney. 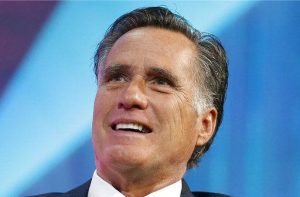 Mitt Romney Facts:
*He was born on March 12, 1947 in Detroit, Michigan, USA
*He is a Mormon.
*He ran for President in 2012, but was defeated by President Barack Obama.
*He made a run for President in 2008, but lost the Republican nomination to John McCain.
*His favourite film include Raiders of the Lost Ark, Star Wars: Episode IV – A New Hope, O Brother, Where Art Thou? and Henry V.
*Visit his official website: www.romneyforutah.com
*Follow him on Twitter, Google+, Facebook and Instagram.