Mohamed Safwat is an Egyptian tennis player who achieved a career-high singles ranking of World No. 130 on February 10, 2020. Turning professional in 2008, Safwat has been a regular player on the Egypt Davis Cup team since 2009. He is currently the Egyptian No. 1 and the highest ranked Arab player on the ATP Tour, having overtaken Malek Jaziri in the rankings after reaching the final of the Tali Open in Helsinki, Finland, in November 2019. Safwat won his first singles Challenger title at the Launceston International in February 2020, beating local Alex Bolt in the final, thereby becoming the first Egyptian to win a Challenger title in singles since Tamer el-Sawy in 1996. 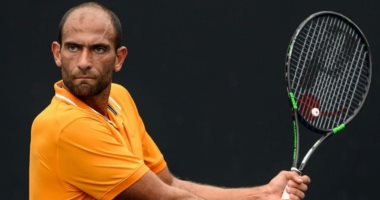 Mohamed Safwat Facts:
*He was born on September 19, 1990 in Mansoura, Egypt.
*He turned professional in 2008.
*In 2016, Mohamed became the first Egyptian player since 1997 to reach the final of an Challenger tournament when he reached the final in Kenitra, where he lost to Maximilian Marterer in straight sets.
*In 2018, he became the part of the Egyptian Davis Cup team to advance to the 3rd round of the Europe/Africa Zone II bracket for the first time since 1996.
*He was the first man from Egypt to play in a Grand Slam tennis tournament’s main singles draw in 22 years.
*He has won 3 titles in doubles on the ATP Challenger Tour.
*Follow him on Facebook.