Sky Ferreira is an American singer-songwriter, model and actress whose song “One” peaked at number 64 on the UK Singles Chart for the week of August 29, 2010. Her track “Everything Is Embarrassing”, from her second extended play (EP), Ghost (2012), was widely acclaimed and hailed by music critics as one of the best songs of recent years. Ferreira released her debut studio album, Night Time, My Time, in October 2013. She played Jenny in the 2010 independent drama film, Putty Hill. As a model, Ferreira has worked for several brands and magazines, including serving as the spokeswoman for the hair care brand Redken in 2014. 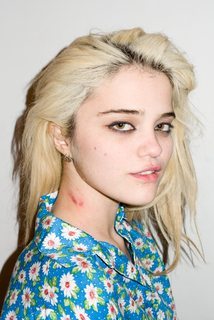