Dominican-born American nightclub singer who was popular in the 1940s and 1950s. She was called the satin Latin song stylist and sometimes the Ruban Blue-Bird. She was also a fashion designer for stage and motion picture stars. Born Argentina Mercedes González Morel on December 20, 1920 in Mao, Dominican Republic, to parents Pablo González Valerio and Juanita Morel, her family emigrated to the US in 1929, and settled down in Manhattan, New York City. Boyar made her first professional stage appearance at La Conga club in New York City, where she performed songs orchestrated by club bandleader Desi Arnaz. She was married three times, including to actor Leslie Nielson. Boyar died from complications due to stroke at age 92 in Las Vegas, Nevada. 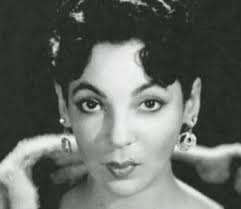 Monica Boyar Facts:
*She was born on December 20, 1920 in Mao, Dominican Republic.
*Her family moved to the United States when Monica was just eight years old.
*She won a career-launching vaudeville singing contest at age 15 in New York City.
*She was a dedicated student of the folk music of all countries.
*In October 1945, she introduced a new song, That’s Why A Woman Loves A Heel.
*She was the first wife of actor Leslie Nielsen.
*She was friends with Marlon Brando.