Nadia Poeschmann is a Dutch model, actress and presenter, best known for hosting MTV Was Here and PowNews. She has appeared in the films Zombibi, A Risky Revenge, Als je verliefd wordt, and Ochtendlicht. She has also appeared in various video clips by David Guetta and Yes-R, among others. Apart from that she has also modelled for many fashion houses such as Elle, Vogue, Maxim and Cosmopolitan and has walked shows for Hermès, Mart Visser and Monique Collignon. In 2014, Poeschmann participated in Expeditie Robinson. 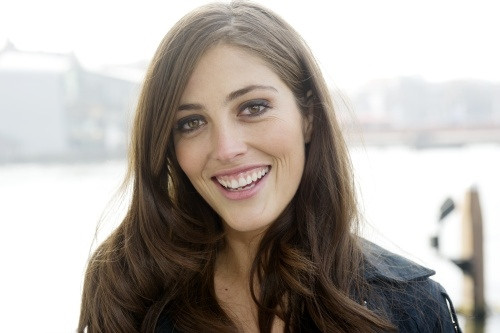 Nadia Poeschmann Facts:
*She was born on July 20, 1981 in Morija, Lesotho.
*Her full name is Nadia Palesa Poeschmann.
*She earned her bachelor’s degree in Media and Culture at the University of Amsterdam in 2008.
*She has a daughter with her husband Michael Schor.
*Visit her official website: www.nadiapalesa.com
*Follow her on Twitter, Facebook and Instagram.