Naomi Snieckus is a Canadian actress and comedian. She is best known for her portrayal of Bobbi Galka on CBC’s Mr. D, and for her role as Nina in 2010’s Saw 3D, which was directed by Kevin Greutert. From 2011 to 2014, Snieckus co-produced a webseries called The Casting Room and appeared as a lead character in the 2014 film Two 4 One. In 2010, Snieckus won a Canadian Comedy Award as Best Female Improviser and is a four-time Canadian Screen Award nominee as Best Supporting Actress in a Comedy Series for Mr. D. 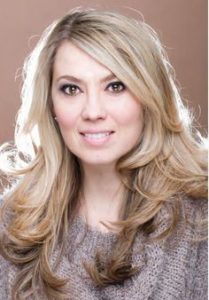 Naomi Snieckus Facts:
*She was born on March 10, 1974 in Toronto, Canada.
*She studied at University of Waterloo and Ryerson Theatre School.
*She launched a web series on CBC Punchline, with Matt Baram, called “Doing It with Brian and Darla”.
*She is married to Matt Baram.
*Follow her on Twitter, LinkedIn and Instagram.