Paula Jai Parker is an American actress. She is known for her roles in the films Friday, Sprung, Why Do Fools Fall in Love, Phone Booth, Hustle & Flow, and Idlewild. Her television credits include The Wayans Bros., The Weird Al Show, Snoops, Side Order of Life, Family Time, True Blood, Hollywood Divas, Hand of God, Recovery Road, Ray Donovan, Black Jesus, Crown Lake, and A House Divided. She also provided the voice of Trudy Proud in the Disney Channel animated comedy series, The Proud Family. Born on August 19, 1969 in Cleveland, Ohio, Parker moved to Washington, D.C. in 1987 to study at Howard University. Having graduated from Howard University, she moved to New York City and played a number of clubs. She married Forrest Martin in 2004. They have a son together. 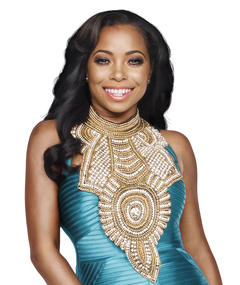 Paula Jai Parker Facts:
*She was born on August 19, 1969 in Cleveland, Ohio, USA.
*She graduated from Howard University with a Bachelor of Arts degree.
*She made her film debut in the year 1995 with Friday.
*She met her future husband on the set of Hustle and Flow.
*Visit her official website: www.pjaiparker.com
*Follow her on Twitter.