Nassif Zeitoun is a Syrian singer and musician who won the title of the seventh edition of the Arab version of Star Academy. He is best known for his 2014 hit song “Mesh Aam Tezbat Maae”. Nassif released his debut album, Ya Samt, in March 2013. He won the Murex D’Or Award for Best Arab Male Rising Star. Born on September 25, 1988 in Daraa, Syria, to parents Samia and Elias Zeytoun, he was raised in a household that praised arts. He attended the Higher Institute of Music and Performing Arts, and majored in Oriental singing. He rose to fame when he won the 7th season of Star Academy in 2010. 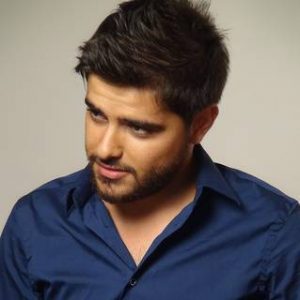 Nassif Zeytoun Education:
He attended the Higher Institute of Music and Performing Arts.

Nassif Zeytoun Facts:
*He was born on September 25, 1988 in Daraa, Syria.
*Zeitoun was encouraged by his parents to pursue a singing career.
*He became the first Syrian to ever enter the final and win Star Academy Arab World.
*He joined the Tomorrow/Bokra, a charity event produced by Quincy Jones and advertised by Shakira along with 23 other major Arab artists.
*Visit his official website: www.nassifzeytoun.com
*Follow him on Twitter, YouTube, Facebook and Instagram.