Natalie Burn is an American-Ukrainian actress, model, screenwriter and film producer. She has appeared in films such as Coffee Date, The Expendables 3, Awaken, Killer Mermaid, Downhill, and Mechanic: Resurrection. She has also worked with such stars as Paula Abdul, Nelly, Eros Ramazotti, Jackson 5 and Mario. As a model, she appeared on the cover of Calvin Harris album Motion. Natalie was born Natalia Guslistaya in Kiev, Ukraine, into the family of a ballerina and a representative of scientific and managerial dynasty. She is the granddaughter of Nicholas Guslisty, former deputy head of Gazprom. She studied at the Moscow Academic Choreography School at the Bolshoi Theater. She graduated from the Lee Strasberg Theatre and Film Institute in Los Angeles. 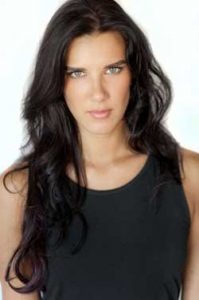 Natalie Burn Facts:
*She was born in Kiev, Ukraine as Natalia Guslistaya.
*She was guided into ballet training from the age of four by her mother.
*She trained as a ballet dancer at the Royal Ballet School.
*She was a dancer and choreographer before making the move into film.
*She speaks English and French fluently.
*She owned a production company, 7Heaven Productions.
*She became a US citizen in April 2018.
*She is a Lifetime Member of The Actors Studio ran by Al Pacino, Alec Baldwin & Mark Rydell.
*Visit her official website: www.natalieburn.net
*Follow her on Twitter, Facebook and Instagram.