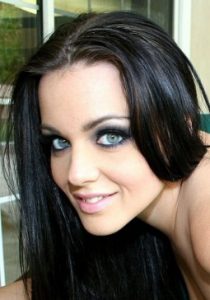 Natasha Nice Education:
She graduated from a private school in Hollywood, California.

Natasha Nice Facts:
*Daughter of French father and Cuban mother.
*She moved to Los Angeles, California with her mother when she was three years old.
*She worked at a burger bar.
*She announced her retirement from p*rn in September 2012.