Nathan Lane is an American actor of stage, film and television and writer. He is best known for roles such as Max Bialystock in the musical The Producers, Nathan Detroit in Guys and Dolls, Albert in The Birdcage, Ernie Smuntz in MouseHunt, and Pseudolus in A Funny Thing Happened on the Way to the Forum. He can also be recognized for his voice work in The Lion King as Timon and Stuart Little as Snowbell. He has won Tony Awards for his roles in A Funny Thing Happened on the Way to the Forum and The Producers. Born Joseph Lane on February 3, 1956 in Jersey City, New Jersey to Daniel Lane and Nora Lane, he belongs to English and Irish descent. He has two older brothers, Robert and Daniel Jr. He is a 1974 graduate of St. Peter’s Preparatory High School. He married his long-time partner, theater producer and writer Devlin Elliott on November 17, 2015. 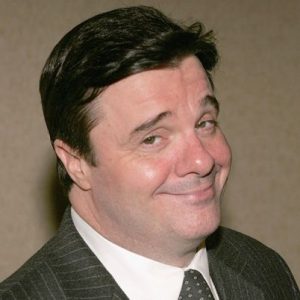 Nathan Lane Facts:
*His father was a truck driver and an aspiring tenor while His mother was a housewife and secretary.
*He was inducted into the American Theatre Hall of Fame in 2008.
*His favorite animated film is 2003’s Finding Nemo.