Ruby Dhalla is a Canadian politician, activist, doctor and once a beauty queen who represented the riding of Brampton—Springdale in the Canadian House of Commons from 2004 until 2011 as a member of the Liberal Party. Dhalla and British Columbia Conservative MP Nina Grewal were the first Sikh women to serve in the Canadian House of Commons. Born on February 18, 1974 in Winnipeg, Manitoba, Canada, to an immigrant family from Punjab, India, she has one younger brother named Neil Dhalla. 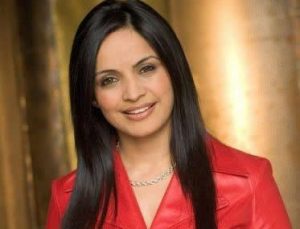 Ruby Dhalla Facts:
*She was born to an immigrant family from Punjab, India.
*Her father left the family when she was 10 years old, and has since died.
*In the 2011 federal election, she was defeated by Conservative Parm Gill.
*She is known to wear many hats.
*Follow her on Twitter and Facebook.