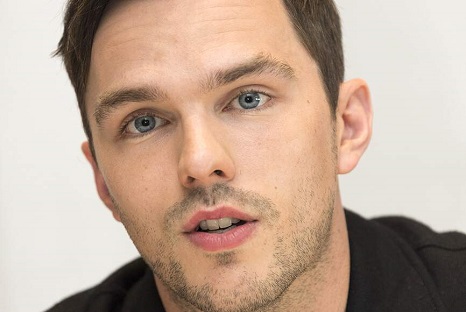 Nicholas Hoult is an English actor who has starred in such films as About a Boy, A Single Man, X-Men: First Class, Warm Bodies, Jack the Giant Slayer, The Favourite, and Tolkien. He was nominated for the BAFTA Rising Star Award for his role in A Single Man at the 2010 British Academy Film Awards. He is also known for the television work on series such as Skins, The Great, and Crossing Swords.

Born Nicholas Caradoc Hoult on December 7, 1989 in Wokingham, United Kingdom, to parents Glenis, a piano teacher, and Roger Hoult, a commercial pilot, he has three siblings, two sisters and one brother. His great-aunt was one of the most popular actresses of her time, Dame Anna Neagle. He attended Sylvia Young Theatre School, a prestigious stage school in London. He made his screen debut at age seven in the 1996 film Intimate Relations.

Nicholas Hoult Facts:
*He was born on December 7, 1989 in Wokingham, United Kingdom.
*His father was an airline pilot and his mother a stewardess when they first met.
*He used to play the trombone, and was a choir boy.
*He has been nominated for awards such as a British Academy Film Award, a Golden Globe Award, and a Screen Actors Guild Award.
*He enjoys playing basketball.
*Follow him on Twitter, Facebook and Instagram.