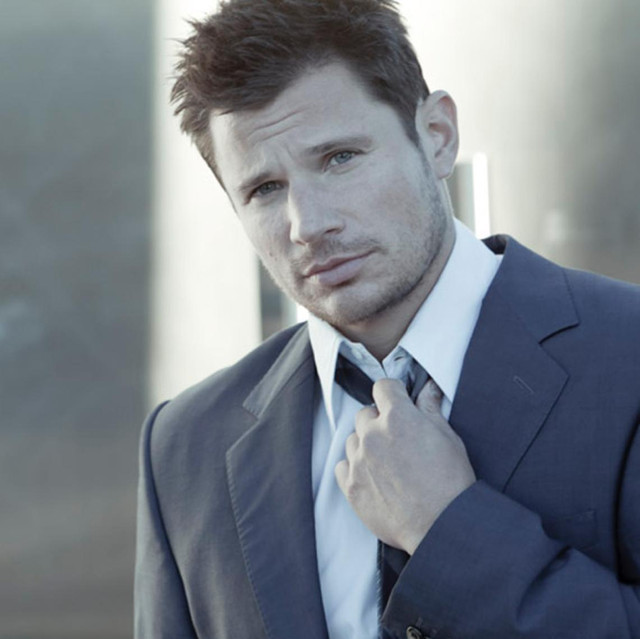 Nick Lachey is an American singer, actor, television personality, and host. He came to prominence as the lead singer of the multi-platinum-selling boyband 98 Degrees, and later starred in the reality series Newlyweds: Nick and Jessica with his then-wife, Jessica Simpson. His album “What’s Left of Me,” debuted at No. 2 on Billboard’s album chart and has sold more than 500,000 copies earning certified Gold Status. He also had a recurring role on the television series Charmed. He hosted NBC’s The Sing-Off, co-hosted VH1’s Big Morning Buzz Live from 2014 to 2015, and now hosts Nickelodeon’s America’s Most Musical Family, and co-hosts the Netflix shows Love Is Blind and The Ultimatum with his wife Vanessa Lachey.

Born Nicholas Scott Lachey on November 9, 1973 in Harlan, Kentucky, USA, to parents Cathalyn and John Lachey, he is the brother of singer and actor Drew Lachey.

On July 15, 2011, Nick married Vanessa Lachey. They have three children; two sons, Camden and Phoenix, and a daughter, Brooklyn. He was previously married to singer Jessica Simpson from 2002 to 2006.

Nick Lachey Facts:
*He was born on November 9, 1973 in Harlan, Kentucky, United States.
*He attended high school with Carmen Electra.
*He wanted to be a sports therapist while studying at Miami University.
*He began his professional singing career at Kings Island with friend Justin Jeffre in the mid-1990s singing in a group quartet throughout the park.
*He was a member of boyband 98 Degrees along with his brother, Drew, Justin Jeffre, and Jeff Timmons.
*He has released four solo albums: A Father’s Lullaby, SoulO, What’s Left of Me, and Soundtrack of My Life.
*He was the winner of season 5 of The Masked Singer in 2021.
*Bruce Willis is his idol.
*He a huge Cincinnati sports fan.
*His favorite actress is Michelle Pfeiffer.
*He is the godfather of his niece Isabella Claire.
*His favorite artist is Sade.
*He is good friends with Wilmer Valderrama.
*He chews his nails.
*Visit his official website: www.nicklachey.com
*Follow him on Twitter, Facebook and Instagram.