Nick Pickard is an English actor. He is best known for portraying the role of Tony Hutchinson in the Channel 4 soap opera Hollyoaks, a role he has held since its first episode in 1995; he remains the longest-serving cast member. He was nominated for Best Comedy Performance in 2001 and 2002 at the British Soap Awards for his performance on Hollyoaks. He has also appeared in Mio in the Land of Faraway, Grange Hill, and You Rang, M’Lord?. In 2011, Pickard took part in the sixth series of Celebrity MasterChef, where he reached the final though lost out to Phil Vickery. 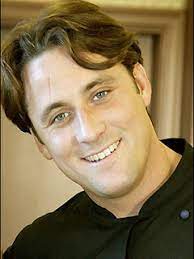 Born Nicholas Pickard on May 27, 1975 in Surrey, United Kingdom, he has one younger brother named John. Pickard studied at the Sylvia Young Theatre School and Corona Theatre School worked extensively in the theatre before joining Hollyoaks. He has a daughter, Ellie Pickard. Pickard was in a relationship with his former Hollyoaks colleague Joanna Taylor.

Nick Pickard Facts:
*He was born on May 27, 1975 in Surrey, United Kingdom.
*He attended the Corona Theatre School.
*He landed the role of Tony Hutchinson on British soap Hollyoaks in 1995, and became the longest serving cast member on the show.
*He is a huge fan of Star Trek: The Original Series and Doctor Who.
*He is the owner of several restaurants in Sheffield.
*He is a dedicated Chelsea Football Club fan.
*Follow him on Twitter and Instagram.