Nina Ruge is a German TV presenter, journalist and author, best known for hosting Leute Heute. In 1999, Ruge appeared in the film Wer liebt, dem wachsen Flügel (On the Wings of Love). Born on August 24, 1956 in Munich, Germany, she is the daughter of an engineering professor. Her sister Annette is an aeromedical doctor at the European Aviation Safety Agency in Cologne. Ruge completed her schooling at the age of 17, and studied biology and German language and literature at the TU Braunschweig to become a teacher. She has been married to Prof. Dr. Wolfgang Reitzle since 2001. She was previously married to TV producer Stefen Voss from 1995 to 1998. 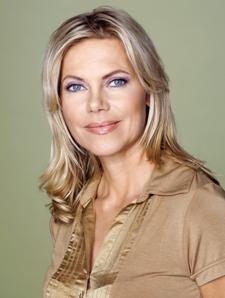 Books: Joseph and His Brothers

Nina Ruge Facts:
*She was born on August 24, 1956 in Munich, Germany in a German-Jewish family.
*She studied biology and German language and literature at the TU Braunschweig to become a teacher.
*She worked as teacher in Wolfsburg from 1983 until 1987.
*She hosted Leute Heute from 1997 to 2007.
*In 2005 she was honored on the island Mainau by naming a bright orange-red rose after her.
*She is not related to the journalist Gerd Ruge.
*Visit her official website: www.nina-ruge.de