Rosamund Kwan is a former Hong Kong actress, best known for her starring role in the Once Upon a Time in China film series. Kwan also starred in popular films with Jackie Chan in “Operation Condor 2: The Armour of Gods” and in “Project A II”. She retired from acting in 2007. She co-founded the Hong Kong-based beauty brand RK Beauty with fellow actress Helen Ma. Born Kwan Kar Wai on September 24, 1962 in Hong Kong, to parents Cheung Bing-sai and Kwan Shan, she attended Maryknoll Convent School in Kowloon Tong. She made her acting debut with the ATV soap opera Agency 24 (甜甜廿四味). She has been married twice, from 1981 to 1982 to Wong Kwok-sing, and from 2014 to 2015 to Pierre Chen. 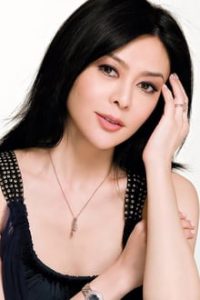 Rosamund Kwan Facts:
*Born on September 24, 1962 in Hong Kong, her family roots are from Shenyang, Liaoning in China.
*Her parents are Cheung Bing-sai and Kwan Shan.
*She made her film debut in The Head Hunter (1982).
*She has been married twice, and has no children.
*Follow her on Instagram.