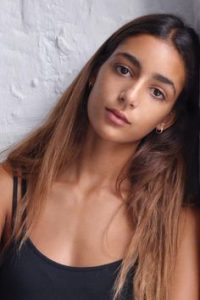 Nora Attal Facts:
*She was born on June 12, 1999 in London, United Kingdom.
*Her birth name is Nora Maria Attal.
*She was scouted at her school by photographer Jamie Hawkesworth who was casting for a JW Anderson ad.
*Models.com chose her as a “Top Newcomer” in 2016.
*Follow her on Instagram.