Nora Danish is a Malaysia actress, model, singer, rapper, television personality and entrepreneur. She is best known for her roles in the films Polis Evo, Aku Terima Nikahnya, Surga Yang Tak Dirindukan 2, and Anak Jantan. She is also known for television roles as Puteri Fara Nordin on Puteri, Mastura on Khurafat The Series, and Halimatun on Mak Cun!. She was the recipient of awards at the 2011 PPMH Award and a 2012 Shout! Award. Born Nora binti Mohd Danish Hanif on March 7, 1982 in Chukai, Malaysia, to parents Salimah Talib and Mohd Danish Hanif, she has a sister named Nadia. She was educated at Sekolah Menengah Kebangsaan Convent in Kajang, Malaysia. She has been married to Mohamad Nedim Nazri since March 30, 2017. She was previously married to Rizal Ahsram. 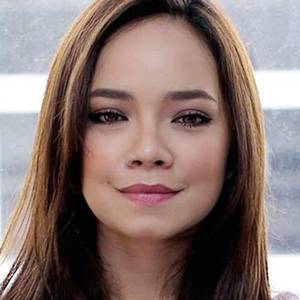 Nora Danish Facts:
*She was born on March 7, 1982 in Chukai, Malaysia, to parents of Arab and Burmese descent.
*She studied at the Sekolah Menengah Kebangsaan Convent in Kajang, Malaysia.
*She achieved recognition starring in the comedy sitcom called Puteri.
*Follow her on Instagram.