Actor who starred as Parker Rooney on Disney’s Liv and Maddie. He has also appeared in television shows, such as Stevie TV and Good Luck Charlie. Born on September 4, 2001 in Plantation, Florida, to parents Deki Tenzing Norgay and Clark Tulley Trainor, he is the grandson of Tenzing Norgay who was the first man to reach the summit of Mount Everest with Sir Edmund Hillary. He has two younger brothers named Yonden and Kalden. 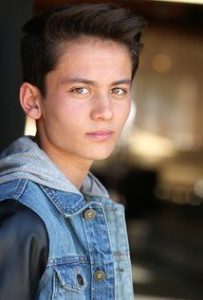 Tenzing Norgay Trainor Facts:
*He was born on September 4, 2001 in Plantation, Florida, USA.
*His grandfather, Tenzing Norgay, was one of the first men to reach the summit of Mount Everest.
*He started playing soccer when he was 6.
*At 11, he began his acting career appearing on a 2012 episode of The Jadagrace Show.
*He has a black belt in Tae Kwon Do like fellow Disney actors, William Brent and Leo Howard.
*Follow him on Twitter, Facebook and Instagram.