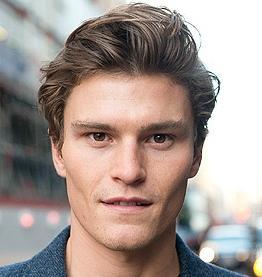 Oliver Cheshire Facts:
*He was born on June 3, 1988 in Stevenage, United Kingdom, to Lesley and Graham Cheshire.
*He was discovered by Select Model Management at a Clothes Show Live event at age 15.
*He was named one of GQ’s 50 best dressed British men in 2015.
*Select Model Management founder Tandy Anderson has compared him with Leonardo DiCaprio.
*He began dating singer-songwriter Pixie Lott in 2010. They got engaged in November 2016.
*Follow him on Twitter and Instagram.