Olivia Hack is an American actress and voice actress. She is best known for voicing Rhonda Wellington Lloyd in the Nickelodeon show Hey Arnold!, and for portraying Cindy Brady in the 1990s theatrical Brady Bunch films. Hack received Young Artist Awards nominations for ‘Best Performance in a Voice-Over: TV/Film/Video’ in both 2000 and 2001 for her work in the series Hey Arnold!. She has also done voice work in Fillmore!, Bratz, Family Guy, Blood+ and Avatar: The Last Airbender. She appeared in Any Day Now, Tracey Takes On…, Star Trek Generations, Party of Five and Gilmore Girls. Born Olivia Cathrine Hack on June 16, 1983 in Beverly Hills, California, she is the daughter of renowned television director Michael Hack. She appeared as a child actress in her first commercial at eight months old. 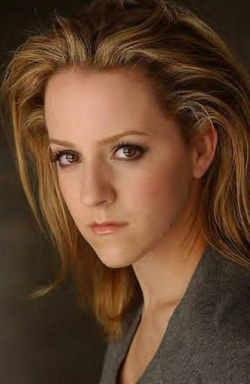 Olivia Hack Facts:
*She was born on June 16, 1983 in Beverly Hills, California, USA.
*She is the daughter of Michael Hack.
*She was nominated in both 2000 and 2001 for a Young Artist Award for her work on Hey Arnold!.
*She is the second voice actor of Shion Uzuki in the Xenosaga series.
*She used to own Salon Atmosphere in Long Beach, California.
*Follow her on Twitter and Instagram.