Owen Brenman is an English actor. He is best known for his portrayal of Nick Swainey in the multi-award-winning BBC sitcom One Foot in the Grave, and for his role as Dr. Heston Carter in the BBC drama series Doctors. He is also known for portraying Lloyd Drewitt in two series of David Renwick’s BBC dramedy Love Soup from 2005 to 2008, and as Mr Thomas in Central’s children’s television series Woof! from 1993 to 1995. He played Dalton Trumbo in the 2000 film One of the Hollywood Ten. He was nominated for Best Actor at the 2010, 2011 and 2016 Soap Awards. Born on December 17, 1956 in Ealing, London, England, UK, he attended the University College School, an independent day school for boys in Hampstead in north west London. He obtained a Bachelor of Arts Honors in Drama degree from the University of Birmingham. He also attended Webber Douglas School of Singing and Dramatic Art, London. 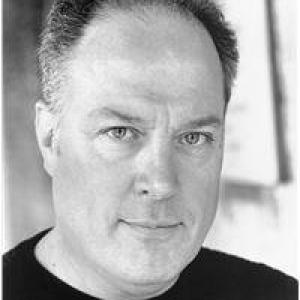 Owen Brenman Facts:
*He was born on December 17, 1956 in Ealing, London, England, UK.
*He obtained BA Honours in Drama from the University of Birmingham.
*He played next-door neighbour Nick Swainey in the multi-award-winning BBC sitcom One Foot in the Grave (1990–2000).
*From 2008 to 2018, Brenman played Dr. Heston Carter in the BBC drama series Doctors.
*Visit his official website: www.owenbrenman.com
*Follow him on Twitter.