Paul Hollywood is a British celebrity chef and television personality, best known as a judge on the The Great British Bake Off. He has written a number of books, including How to Bake, Paul Hollywood’s Bread, 100 Great Breads, Paul Hollywood’s Pies and Puds, The Great British Bake Off, Bread, and American Baking Competition. Paul has also appeared in guest spots on a number of television programmes, including The Generation Game, The Heaven and Earth Show, This Morning, and The Alan Titchmarsh Show. Born Paul John Hollywood on March 1, 1966 in Wallasey, Cheshire, England, to parents Gillian M. Harman and John F. Hollywood, his siblings are Lee Hollywood and Jason Hollywood. Paul started his career at his father’s bakery as a teenager and went on to become head baker at a number of hotels including The Dorchester, Chester Grosvenor and Spa, and the Cliveden Hotel. He had a son named Josh Hollywood with Alexandra Hollywood, whom he was married to from 1998 to 2019. 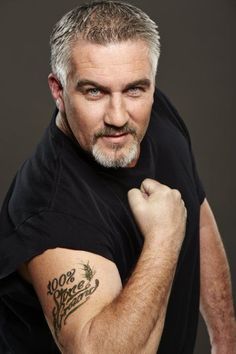 Paul Hollywood Facts:
*He was born on March 1, 1966 in Wallasey, Cheshire, England.
*He used to work in his father’s bakery in England.
*He has been a judge on the BBC programme The Great British Bake Off.
*Visit his official website: www.paulhollywood.com
*Follow him on Twitter, Facebook and Instagram.