Patrick Stewart is an English actor who has starred in Star Trek, The Next Generation (as Captain Jean Luc Picard), and X-Men series (as Professor Xavier). He was named the best dramatic actor of the ’80s by TV Guide, and narrated C.S. Lewis’s The Last Battle. He was born Patrick Hewes Stewart on July 13, 1940 in Mirfield, Yorkshire, England, to Gladys and Alfred Stewart. He studied acting at Mirfield Secondary Modern School. He has been married to Sunny Ozell since 2013. He was previously married to Wendy Neuss and Sheila Falconer. He is the father of Sophie Stewart and Daniel Stewart. 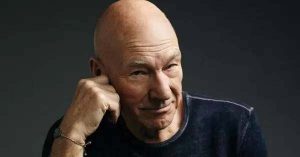 Patrick Stewart Facts:
*He was born in Mirfield, in the West Riding of Yorkshire, England, UK.
*He spent most of his growing years in Jarrow.
*He is a lifelong supporter of Huddersfield Town Football Club of the Football League.
*He is a member of British Labour Party.
*Follow him on Twitter, Facebook and Instagram.