Graham Rogers is an American actor. He is best known for starring as Scott Thomas in the comedy film Struck by Lightning, Danny Matheson in NBC’s science fiction series Revolution, Al Jardine in the biopic Love and Mercy, Carson in the thriller Careful What You Wish For, and Tyler Stone in Hulu’s comedy series Resident Advisors. He also starred as Caleb Haas in ABC’s drama-thriller series Quantico and also had a recurring role as Evan Chapin in the Netflix series Atypical. 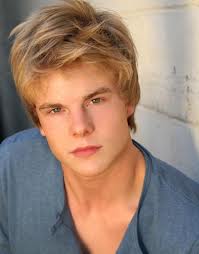 Graham Rogers Facts:
*He was born on December 17, 1990 in West Chester, Pennsylvania, USA.
*At age 18, he moved to Los Angeles, California, to pursue an acting career.
*He played Scott Thomas in the 2012 film Struck by Lightning.
*He starred as Danny Matheson in the NBC’s post-apocalyptic science fiction series Revolution from 2012 to 2013.
*He is a Nintendo 64 enthusiast.
*He began a relationship with Britt Robertson in 2018.
*Follow him on Twitter and Instagram.