Paulo Dybala is an Argentine professional footballer who plays as a forward for Serie A club Juventus and the Argentina national team. He was a member of the 2018 Argentine World Cup Football team. He has been named in the Serie A Team of the Year three times. Born Paulo Bruno Exequiel Dybala on November 15, 1993 in Laguna Larga, Argentina, to parents Alicia de Dybal and Adolfo Dybala, he is of Polish descent on his father’s side, and of Italian (Sicilian) descent on his mother’s side. Dybala started his career in 2011 with Argentine club Instituto ACC, before moving to Italian club Palermo in 2012. He made his senior international debut for Argentina in 2015 and was chosen for the 2018 FIFA World Cup. He has been in a relationship with Oriana Sabatini since 2018. He was previously in a relationship with Argentine model, Antonella Cavalieri from 2014 to 2018. 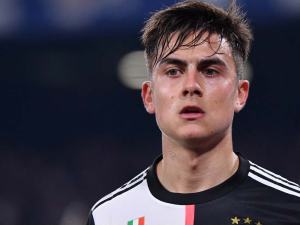 Paulo Dybala Facts:
*He was born on November 15, 1993 in Laguna Larga, Argentina.
*He belongs to both Polish and Italian descent.
*He started kicking the football at the age of 2.
*He began his career as a professional footballer in Argentina with Instituto de Córdoba in 2011.
*He moved to Italian club Palermo in 2012.
*He was named in the Serie A Team of the Year: 2015-16, 2016-17 and 2017–18.
*He has dual citizenship in Italy and Poland and is therefore eligible to play internationally for both countries.
*He has several tattoos on his body: two stripes on his left arm, an Arabic tattoo as well as a crowned football on his leg.
*Dybala and his girlfriend, Oriana Sabatini, tested positive for COVID-19, amid its pandemic in Italy. (March 21, 2020)
*Follow him on Twitter, Facebook and Instagram.