Former President of Pakistan Pervez Musharraf Biography, Family, Height, Weight, Age, Measurements will be discussed here. Pervez Musharraf’s personal details can be checked here. Musharraf rose to national Prominence when he was promoted to a Four-star general by Prime minister, Nawaz Sharif in 1998, making Musharraf the head of the Armed forces. He led the Kargil infiltration that almost brought India and Pakistan to a full-fledged War in 1999. 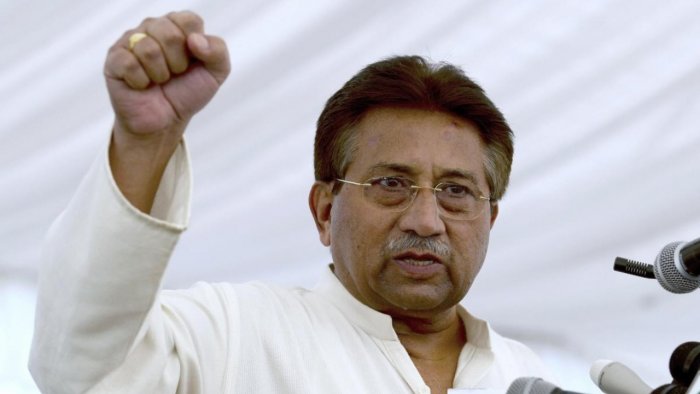 Pervez Musharraf is Pakistani former politician and a retired four-star general who became the tenth president of Pakistan after the successful military takeover of the federal government in 1999. He held the presidency from 2001 until 2008, when he tendered his resignation to avoid impeachment. The former military ruler left the country in March 2016 for Dubai to seek medical treatment and hasn’t returned to Pakistan since.

Books: Agnipath Meri Atmakatha, In the Line of Fire: A Memoir

Pervez Musharraf Facts:
*He was born on August 11, 1943 in Delhi, British India (present-day India) during the British Raj.
*He was raised in Karachi and Istanbul.
*He studied Mathematics at Forman Christian College in Lahore and was also Educated at the Royal College of Defence Studies in the United Kingdom.
*He entered the Pakistan Military Academy in 1961 and was Commissioned to the Pakistan Army in 1964, playing an active Role in the Afghan civil war.
*He married his wife Sehba on December 28, 1968 and they had two children together.
*He had seized power in 1999 after then-prime minister Nawaz Sharif tried to dismiss him as army chief.
*On March 30, 2014, Musharraf was indicted for suspending the Constitution on November 3, 2007.
*On December 17, 2019, a special court handed Musharraf death sentence in the high treason case against him.
*He left the country in March 2016 for Dubai to seek medical treatment and hasn’t returned to Pakistan since.
*Follow him on Twitter.