Peter O’Brien is an Australian actor who is best known for playing Shane Ramsay in the Australian soap opera Neighbours from 1985 until 1987. He also starred as Detective Joe Hill on the Network Ten series White Collar Blue. O’Brien’s other notable works include Queer as Folk, Hell Has Harbour Views, Gossip Girl, Casualty, Winter, Underbelly, and The Bill. He won two Logie Awards – one in 1987 for the ‘Most Popular Actor’ (for his performance in Neighbours) and one in 2003 for the ‘Most Outstanding Actor’ (for his performance in White Collar Blue). 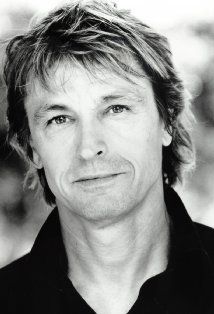 Born on March 25, 1960 in Murray Bridge, Australia, to parents Betty and Jack O’Brien, he started off as a teacher at Mercedes College, a private Catholic school in the Adelaide suburb of Springfield. O’Brien married actress Miranda Otto in January 2003. Together they have one daughter, Darcey O’Brien. He was previously married to Joanna Riding.

Peter O’Brien Facts:
*He was born on March 25, 1960 in Murray Bridge, Australia.
*He made his screen acting debut in a 1983 episode of Carson’s Law.
*Played the role of Shane Ramsay in the long-running Australian soap opera Neighbours from 1985 until 1987.
*He is the son-in-law of Barry Otto, and brother-in-law of Gracie Otto.