Torrey DeVitto is an American actress and former fashion model. She is best known for television roles as Melissa Hastings in Pretty Little Liars, Karen Kerr in Beautiful People, Dr. Meredith Fell in The Vampire Diaries, and Carrie in One Tree Hill. She played Maggie Hall in the seventh season of the Lifetime drama series Army Wives. She has also played prominent roles in the films Stevie D, Amy Makes Three, Cheesecake Casserole, Green Flash, and Evidence. In 2015, DeVitto began starring in the NBC medical drama series Chicago Med as Dr. Natalie Manning. 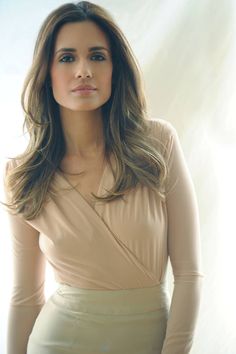 Torrey DeVitto Facts:
*Born on June 8, 1984 in Huntington, New York, she is of Italian descent.
*Her father, Liberty DeVitto, is a drummer and has played on most of Billy Joel’s albums.
*She was named Torrey after her mother’s maiden name.
*She earned her place as the 4th chair violinist in a high school band when she was in 4th grade.
*She started taking violin lessons when she was 6.
*She debuted as Maura with the 2005 independent short film Starcrossed.
*She played Melissa Hastings in the teen drama mystery-thriller series Pretty Little Liars from 2010 to 2017.
*She supports PETA and has appeared in their commercials.
*She admires actresses Penelope Cruz and Scarlett Johansson for their curvier bodies.
*She is good friends with actress Arielle Kebbel.
*She is a huge fan of Bettie Page.
*Follow her on Twitter, Facebook and Instagram.