Pierson Fode is an American actor, model, and Internet personality. He is best known for his portrayal of Thomas Forrester on CBS’s The Bold and the Beautiful, and for his role as Ely in the 2015 romantic comedy film Naomi and Ely’s No Kiss List, alongside Victoria Justice. Fode portrayed the role of Brooks Wentworth III in the Disney Channel series Jessie for five consecutive episodes. He is also notable for his roles in the web series Runaways, Storytellers and Real Bros of Simi Valley. As a model, Fode has received awards in the categories of Best Runway Walk, Best TV Beauty Commercial Read, Best Fashion Print Photos, and Best Smile, among others. Born Pierson Dane Fodé on November 6, 1991 in Moses Lake, Washington, to parents Robin and Ron Fode, he has two older brothers named Preston and Payton and a younger sister named Pharon. He was in a relationship with Victoria Justice from 2013 to 2015. 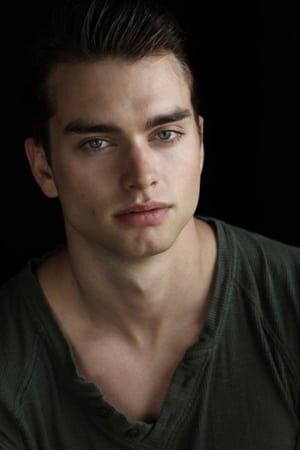 Pierson Fode Education:
He graduated from high school with an AA from a local college.

Pierson Fode Facts:
*He was born on November 6, 1991 in Moses Lake, Washington, USA.
*He signed to Wilhelmina Models in 2011.
*He made his acting debut in 2012 in the Nickelodeon sitcom iCarly.
*He is good friends with YouTuber Joey Graceffa.
*He enjoys surfing, hiking, parkour, gymnastics, playing soccer, and filmmaking.
*Visit his official website: www.piersonfode.com
*Follow him on Twitter, YouTube and Instagram.