Piper Perabo is an American actress of film and television. She is most famous for her portrayal of CIA Agent Annie Walker on the spy drama series Covert Affairs, for which she received a Golden Globe Award nomination. In film, she is best known for the movies Coyote Ugly and The Adventures of Rocky and Bullwinkle. Born Piper Lisa Perabo on October 31, 1976 in Dallas, Texas, to Mary Charlotte Ulland and George William Perabo, she was raised in Toms River, New Jersey. She belongs to German, English, Irish and Norwegian descent. She has two siblings, a younger brother, Adam Perabo and a sister, Noah Perabo. She has been married to Stephen Kay since July 26, 2014. 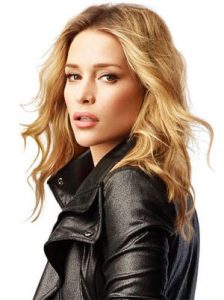 Piper Perabo Facts:
*She was born in Dallas, Texas and raised in Toms River, New Jersey.
*She was named after actress Piper Laurie.
*She attended and graduated from Toms River (NJ) High School North class of 1994.
*She graduated summa cum laude from Ohio University with a Bachelor of Fine Arts degree in Theater (1998).
*She studied acting at La MaMa Experimental Theatre Club in New York City.
*She is a vegetarian.
*She is fluent in French.
*She is a supporter of LGBT rights.
*She is a lifelong fan of the Dallas Cowboys.
*She is close friends with actress Lena Headey.
*Follow her on Twitter and Facebook.