Pixie Geldof is an English model and singer. She is best known for her campaigns with brands like Diesel, Levi’s, Henry Holland, Pringle of Scotland, Agent Provocateur, Loewe and Razzle. She has also worked with such designers as Jeremy Scott, Luella, PPQ, and Vivienne Westwood. She has appeared on the cover of fashion magazines such as Vogue Italy, Nylon Japan, Tatler UK, and Elle UK. Aside from her career as a model, Pixie is the lead vocalist of the band Violet, the band released their first single in May 2012. In November 2016, she released her debut album I’m Yours, which was recorded in Los Angeles and produced by Tony Hoffer. Born Little Pixie Geldof on September 17, 1990 in London, England, UK, she is the third daughter of musician Bob Geldof and television presenter Paula Yates, and younger sister to Fifi Geldof and Peaches Geldof. She has one half-sister, Heavenly Hiraani Tiger Lily Hutchence. Her mother Paula Yates died of an accidental drugs overdose in 2000. Geldof began her a career as a model in 2008, appearing on the cover of Tatler magazine. She married drummer George Barnett in 2017. 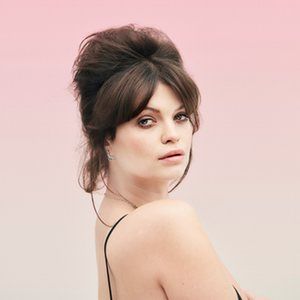 Pixie Geldof Facts:
*She is the 3rd daughter of Bob Geldof and Paula Yates.
*She is the lead singer of the band Violet.
*She lost her sister Peaches Geldof on April 7, 2014.
*She is good friends with Nick Grimshaw, Alexa Chung, Harry Styles, Daisy Lowe, and Poppy Delevigne.
*Follow her on Twitter and Instagram.