Pulkit Samrat is an Indian actor of film and television, and a model. He is best known for playing Lakshya Virani in the Indian soap opera Kyunki Saas Bhi Kabhi Bahu Thi. Samrat played Hunny (Vikas Gulati) in the 2013 ensemble comedy film Fukrey. Born on December 29, 1983 in Shalimar Bagh, New Delhi, India, to parents Deepa and Sunil Samrat, he has a brother named Ullas. Samrat did his schooling from Manav Sthali School and Montfort Senior Secondary School and joined an advertising course at Apeejay Institute of Design, Delhi. He was married to Shweta Rohira from 2014 to 2015. 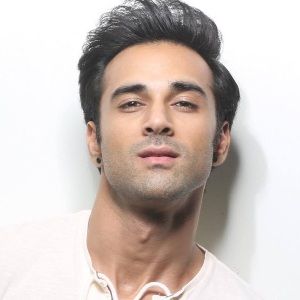 Pulkit Samrat Facts:
*He was born on December 29, 1983 in Shalimar Bagh, New Delhi, India.
*He belongs to Punjabi Hindu family.
*He began a career as a model and was signed to Elite Model Management.
*He played Lakshya Virani in the popular daily soap Kyunki Saas Bhi Kabhi Bahu Thi.
*He made his debut in Bollywood with the 2012 film Bittoo Boss.
*Follow him on Twitter, Facebook and Instagram.