Rachel Boston is an American actress. She is best known for her roles as Beth Mason in the NBC series American Dreams (2002-2005), Daphne Bloom in the short-lived CBS series The Ex List, and as Det. Abigail Chaffee in the USA Network series In Plain Sight (2008-2012). Boston also starred as Ingrid Beauchamp in the Lifetime fantasy-drama series, Witches of East End (2013–2014). Her notable film appearances include: 500 Days of Summer, It’s a Disaster, and The Pill, for which she won the Best Actress Award from the San Diego Film Festival. Born Rachel Elizabeth Boston on May 9, 1982 in Chattanooga, Tennessee, to parents Brenda and Terry Boston, she was raised Signal Mountain, Tennessee. She has two brothers, Andrew and Brian. She moved to New York City at the age of 17 to attend New York University. She was Miss Tennessee Teen USA in 1999. She was also included in the top 10 at the Miss Teen USA 1999 pageant. She made her television debut in the Professor Talcum episode of MTV comedy series, The Andy Dick Show (2001). 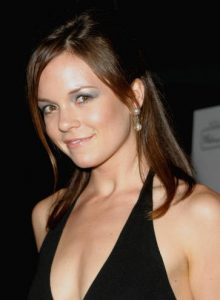 Rachel Boston Facts:
*She was born on May 9, 1982 in Chattanooga, Tennessee, USA.
*She was named Miss Tennessee Teen USA in 1999.
*Her brother, Andrew, is a student at Harvard University and brother, Brian, is a geologist.
*She can play the piano, guitar, and glockenspiel.
*She currently resides in Los Angeles.
*Visit her official website: www.rachelboston.net
*Follow her on Twitter, Facebook and Instagram.