Rachel Platten is an American singer and songwriter. Platten released her debut album, Trust in Me, in 2003, which she has called “a collection of demos”, followed by her second album, Be Here in 2011. Her 2015 single “Fight Song” peaked at number six on the Billboard Hot 100 and topped the charts in the United Kingdom and Poland. The song has sold six million copies in the United States, earning a 6× platinum certification by the RIAA. Her major-label debut studio album, Wildfire (2016), debuted at number five on the US Billboard 200, and was certified gold by the Recording Industry Association of America (RIAA). Born Rachel Ashley Platten on May 20, 1981 in Newton Centre, Massachusetts, to parents Pamela and Paul Platten, she grew up in Newton, Massachusetts. She has a younger sister named Melanie. She did her schooling from Mason-Rice Elementary School and Buckingham Browne and Nichols high school. In 2003, Platten graduated from Trinity College with a degree in political science. She has been married to Kevin Lazan since July 31, 2010. Together they have one daughter, Violet Skye Lazan. 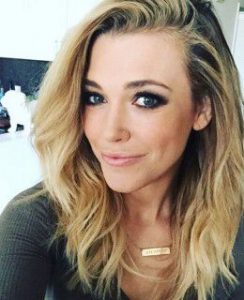 Rachel Platten Facts:
*Born on May 20, 1981 in Newton Centre, Massachusetts, she was raised Jewish.
*She studied classical piano from the age of 5 and then took up guitar in high school.
*She released her debut studio album Trust in Me in 2003.
*Her notable hit songs include “Fight Song,” “1,000 Ships” and “Stand by You.”
*Visit her official website: www.rachelplatten.com
*Follow her on Twitter, SoundCloud, YouTube, Facebook and Instagram.