Tom Hiddleston is an English actor who has performed on stage, film, and television. He is best known for his role as Loki in The Avengers and Thor films. He has also starred in the films Midnight in Paris, Kong: Skull Island, War Horse, The Deep Blue Sea, I Saw The Light, High Rise, Crimson Peak, and Only Lovers Left Alive. He also appeared in the 2012 BBC series Henry IV and Henry V. In 2016, Hiddleston starred in and was an executive producer of the AMC / BBC limited series The Night Manager. He made his Broadway debut in a 2019 revival of Betrayal. His accolades include a Golden Globe Award and a Laurence Olivier Award, and has been nominated for two Primetime Emmy Awards. Born Thomas William Hiddleston on February 9, 1981 in Westminster, London, England, to parents Diana Patricia Seraves and James Norman Hiddleston, he is the middle child of three, with an older sister named Sarah and younger sister named Emma. Hiddleston received a double first in Classics at the University of Cambridge and later proceeded to study acting at the Royal Academy of Dramatic Art. One of his first roles was on the British comedy TV series Suburban Shootout. He has dated actresses Kat Dennings and Elizabeth Olsen and singer Taylor Swift. 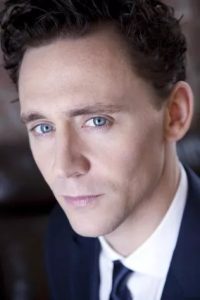 Tom Hiddleston Facts:
*He was born on February 9, 1981 in Westminster, London, England, UK.
*His father was a physical chemist and his mother was an arts administrator.
*His parents divorced when he was 13 years old.
*He graduated from the University of Cambridge with a double first in Classics.
*He made his film debut in Unrelated (2007).
*He is very good friends with Chris Hemsworth.
*He is a UK ambassador of the humanitarian and developmental assistance fund group UNICEF.
*His favorite film is Heat (1995).
*Follow him on Twitter, Facebook and Instagram.