Rachel Weisz is a British actress and model. She rose to stardom with her roles in The Mummy and The Mummy Returns. She played Tessa Quayle in the drama thriller The Constant Gardener, for which she won an Academy Award, a Golden Globe and a Screen Actors’ Guild award. She portrayed Dr. Marta Shearing in the 2012 action thriller film The Bourne Legacy based on the series of books by Robert Ludlum. Her other well-known films include Stealing Beauty, Constantine and Denial. Born Rachel Hannah Weisz on March 7, 1970 in Westminster, London, England, to Edith Ruth and George Weisz, she has a younger sister named Minnie Weisz. She began her modeling career when she was 14 years old. She studied English at Trinity Hall, Cambridge University. In June 2011, she married British actor Daniel Craig. She was previously in a relationship with American filmmaker Darren Aronofsky, with whom she had a son, Henry Chance in 2006. 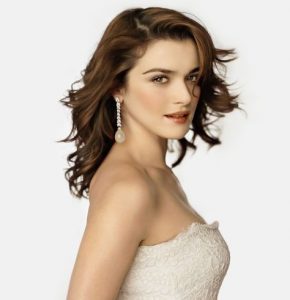 Rachel Weisz Facts:
*She belongs to Jewish descent.
*She started modeling at the age of 14.
*Becaming an American citizen in 2011, she has dual citizenship of British and American.
*She was ranked #30 in the 2002 Stuff magazine’s 102 Sexiest Women in the World list.
*Empire magazine named her one of the 100 Sexiest Stars in film history in 2007. (#37)
*People Magazine named her one of the top 50 Most Beautiful People in the World in 2011.
*She was once engaged to American filmmaker Darren Aronofsky.
*She has a tattoo of a ladder on her hip.
*She is good friends with actors Jude Law and Susan Lynch, and Ian McKellen, and very good friends with fashion designers Narciso Rodríguez and Donna Karan.