Rae Dawn Chong is a Canadian actress. She rose to prominence by portraying the role of Ika in the 1981 film Quest for Fire, for which she won the Genie Award for Best Performance by an Actress in a Leading Role. She played Squeak in the 1985 film The Color Purple. Her other notable film roles include Choose Me, Beat Street, and Commando. Born on February 28, 1961 in Edmonton, Alberta, Canada, to Maxine Sneed and comedian and actor Tommy Chong, she is of Chinese and Scotch-Irish descent on her father’s side, and of African Canadian and Cherokee descent on her mother’s side. Her siblings are Robbi, Precious, Marcus, Paris, and Gilbran. She has been married three times and has a son with her former husband, stockbroker Owen Bayliss. 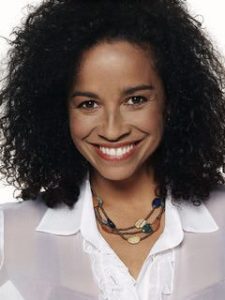 Rae Dawn Chong Facts:
*She is the daughter of Maxine Sneed and comedian and actor Tommy Chong.
*Her sister Robbi Chong is an actress and model.
*She discovered Chris Pratt while he was a waiter at a restaurant in Hawaii where she was eating dinner one evening.
*She was considered for the role of Anne Lindsey in Highlander: The Series.
*Follow her on YouTube.