Rafael Amaya is a Mexican actor. He is best known for his portrayal of Aurelio Casillas on the Telemundo series El Señor de los Cielos. From 2010 to 2011, Amaya starred as Julián García Correa in the telenovela Alguien te mira, and appeared in the series Mujeres asesinas and Sexo y otros secretos. He also had a recurring roles in Hospital Central and Recurring role. He has appeared as a guest-star in several television series such as La Reina del Sur, Señora Acero, Queen of the South, and El Chema. Amaya’s notable film credits include Así del precipicio, Amor letra por letra, and Fotonovela. 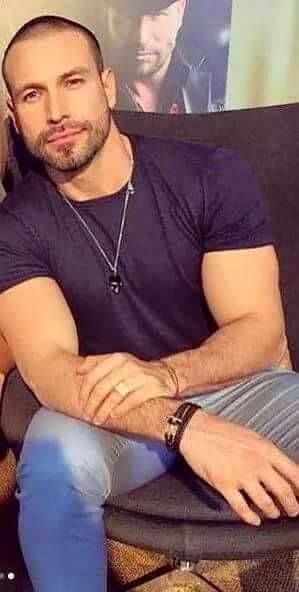 Born José Rafael Amaya Núñez on February 28, 1977 in Hermosillo, Mexico, to parents Rosario Núñez de Amaya and Rafael Ángel Amaya, his family moved to Tecate, Baja California when he was just five years old. Amaya was in a relationship with actresses Ana Layevska and Angélica Celaya.

Rafael Amaya Facts:
*Born on February 28, 1977 in Hermosillo, Mexico, he has sister named Fátima.
*When he was 5, Amaya moved with his family to Tecate, Baja California where he grew up.
*He’d been very active in sports since he was young.
*He was a member of the music group, Garibaldi.
*Follow him on Facebook and Instagram.