Justin Baldoni is an American actor, director, and filmmaker. He is best known for his portrayal of Rafael Solano on The CW’s award-winning phenomenon, Jane the Virgin, and for directing the films Five Feet Apart and Clouds. He also had a recurring roles in Everwood, The Bold and the Beautiful, and Single Ladies. 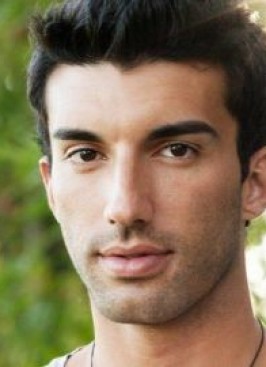 Born Justin Louis Baldoni on January 24, 1984 in Los Angeles, California, to parents Sharon and Sam Baldoni, he is of Italian descent on his father’s side, and of Jewish descent on his mother’s side. Justin attended the South Medford High School and the California State University, Long Beach. He married Swedish actress Emily Baldoni in July 2013. They have a daughter named Maiya and a son named Maxwell.

Justin Baldoni Facts:
*Born on January 24, 1984 in Los Angeles, California, his family are members of the Bahá’í faith.
*He was raised in Medford, Oregon.
*He played soccer and ran track in high school, and was a radio disc jockey at a local top-40 radio station.
*He made his film debut in Yesterday’s Dream (2005).
*He starred as Rafael Solano in The CW satirical romantic dramedy Jane the Virgin from 2014 to 2019.
*Follow him on Twitter and Instagram.