Rainie Yang is a Taiwanese singer, actress and television host whose debut album, My Intuition (2005), featured the hit song “Intuition” as the theme song of Devil Beside You and “Ideal Lover”. Yang’s second album, Meeting Love (2006), was awarded one of the Top 10 Selling Mandarin Albums of the Year at the 2006 IFPI Hong Kong Album Sales Awards, presented by the Hong Kong branch of IFPI, and became the sixth best selling album in Taiwan in 2006 with 78,000 copies sold. As an actress, she has appeared in Meteor Garden, Why Why Love, Hi My Sweetheart, Life Plan A and B, Devil Beside You, and Miss No Good. 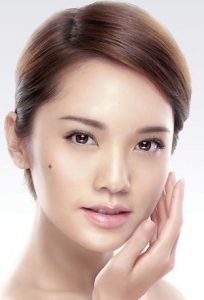 Rainie Yang Facts:
*Born on June 4, 1984 in Taipei, Taiwan, her father’s ancestors were from Guangdong, China.
*She was in the all-girl group 4 in Love with Cloudie, Sunnie Huang and Windie Chang.
*She received a Golden Bell Award for Best Supporting Actress in a Television Series for the show Hi My Sweetheart in 2010.
*She is fluent in Mandarin, Taiwanese, Cantonese, Japanese, and English.
*Her favorite food is cookie dough ice cream.
*Her hobbies are cuddling with man’s best friends, Yumi; reading novels, writing in her journal, and sleeping.
*She once dated actor Roy Chiu.
*Follow her on YouTube, Facebook and Instagram.