Randy Orton is an American professional wrestler and actor born in Knoxville, Tennessee. He became the youngest person to hold the WWE Heavyweight Champion at age 24 in 2004. He appeared in the 2011 film, That’s What I Am, and starred in the 2013 film, 12 Rounds: Reloaded. Randy was born to legendary wrestler Cowboy Bob Orton Jr. and Elaine Orton in Knoxville, Tennessee as Randall Keith Orton. He has a younger brother, Nate and a younger sister, Rebecca. His brother, Nate, is a stand-up comedian. 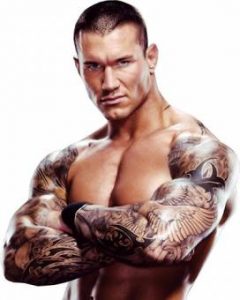 Randy Orton Facts:
*He is the eldest of three children.
*He became the youngest World Champion in wrestling history winning the WWE Raw Title at the age of 24.
*He is a big fan of monster truck rallies.
*Follow him on Twitter, Facebook and Instagram.