Indian actress and model who gained much recognition with her 2013 debut film Shuddh Desi Romance, for which she earned numerous awards including, BIG Star Entertainment Awards, Filmfare Award, International Indian Film Academy Awards, Star Guild Awards and Zee Cine Awards. Her other film credits include, Aaha Kalyanam and Befikre. Her first television role was in Rajuben (2009). Vaani was born in Delhi, India to Dimpy and Shiv Kapoor. Her father is a businessman and her mother is a teacher-turned marketing executive. She has one older sister, Nupur. 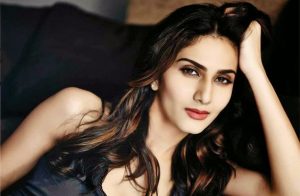 Vaani Kapoor Facts:
*The daughter of a Delhi based businessman Shiv Kapoor.
*She made her television debut in the series Rajuben. (2009)
*She made her in Bollywood with 2013 film Shuddh Desi Romance as Tara.
*She is fluent in Hindi and English.
*She is an animal lover.
*Follow her on Twitter, Facebook and Instagram.