Raven Goodwin is an American actress. She is best known for television roles such as Tangie Cunningham in Just Jordan, Rebecca “Becca” Huffstatter in Huge, Ivy Wentz in Good Luck Charlie, Niecy Patterson in Being Mary Jane, and Eliza in SMILF, as well as film roles such as Annie Marks in Lovely & Amazing, Cleo in The Station Agent, and Young Jazmin Biltmore in Phat Girlz. She received an Independent Spirit Award for Best Debut Performance for her role in Lovely and Amazing. 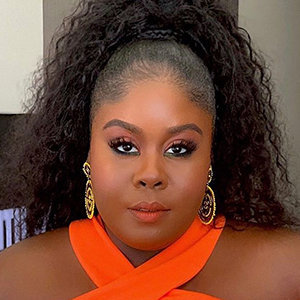 Born Raven Tyshanna Goodwin on June 24, 1992 in Washington, D.C., Goodwin began acting at the age of four. She made her acting debut in the 2001 comedy-drama Lovely & Amazing. Goodwin and her fiance Wiley Battle welcomed a daughter named Riley Rosa Bell Battle on April 15, 2020.