New Zealand-born Australian-American country music singer and songwriter who began his career in 1991 with the release of his self-titled debut album on EMI and Capitol Records in Australia. Urban won a 2012 Golden Globe Award for the Best Original Song “For You,” which was featured as the theme song of the 2012 action film Act of Valor and appeared on the film’s soundtrack. The song peaked at number six on the country charts. His highest-certified album in the US is 2004’s Be Here, which is four-times-platinum. Urban is also notable for his role as a coach on the Australian version of the singing competition The Voice and as a judge on American Idol. In October 2013, Urban introduced his own signature line of guitars and accessories. 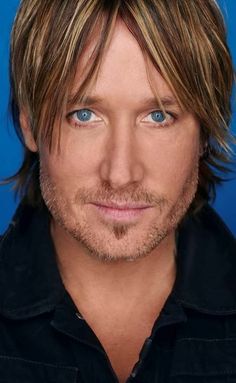 Born Keith Lionel Urban on October 26, 1967 in Whangārei, New Zealand, to parents Marienne and Robert “Bob” Urbahn, Keith was raised in Australia. He moved with his parents and brother to Brisbane, Queensland when he was 2. They later moved to Caboolture, about 1 hour north of Brisbane. He is married to actress Nicole Kidman. They have two daughters: Sunday Rose Kidman Urban and Faith Margaret Kidman Urban.

Keith Urban Facts:
*Born on October 26, 1967 in Whangārei, New Zealand, he is of German, English, Irish, and Scottish descent.
*He was a member of the mid- 1990s country band called “The Ranch.”
*He became the first Kiwi to win the CMA Male vocalist of the Year in 2004.
*He served as a judge on the reality TV show American Idol.
*He posed in the April 2001 edition of Playgirl.
*Urban states that his influences include Glen Campbell, Jimmy Webb, Don Williams, Mark Knopfler, Freddie Mercury, Fleetwood Mac, Jackson Browne, Don Henley, Ronnie Milsap and Dolly Parton.
*Instruments Urban can play: Guitar, bass guitar, drums, keyboard, ganjo (a 6 string banjo), sitar, & piano
*Visit his official website: www.keithurban.com
*Follow him on Twitter, YouTube, Facebook and Instagram.